Gordon Moore is a Professor of Population Medicine at Harvard Medical School.  He was one of the founding group of Harvard Community Health Plan and rose to become the Medical Director and Chief Operating Officer prior to the organization’s split into Harvard Vanguard and Harvard Pilgrim Health Care.  Following his move to the Medical School, he was responsible for the design and development of the New Pathway, Harvard’s ground-breaking student directed curriculum.  He designed and started the Harvard Vanguard-Brigham Primary Care Medical Residency program, which is now one of the most highly sought-after in the country.   In addition to educational, health services, and health care management research and development, Gordon has consulted widely in educational strategy and health care system design and management.  He has over 100 publications.   He was the recipient of the 2008 President’s Award from the Royal College of General Practice in the United Kingdom, in recognition of his role in supporting primary care worldwide. 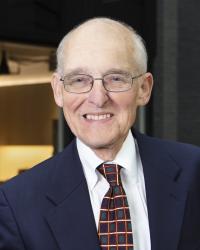